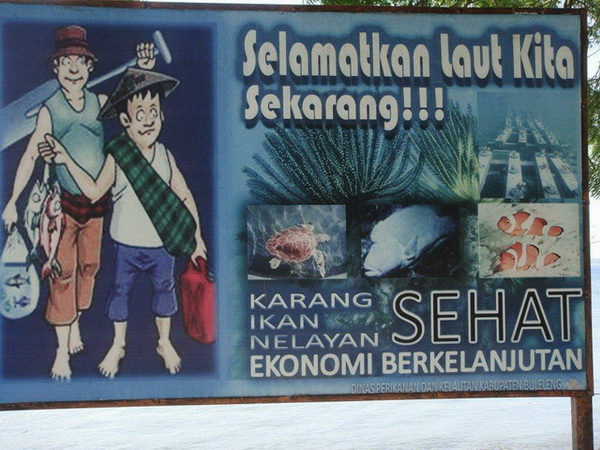 Singaraja, after southern Denpasar, the largest city in the North and had, as its capital in 1882, during the reign of the Dutch also an important port. In 1953 moved its administrative center to the South, Denpasar.

Before the arrival of the Dutch was Singaraja already a shipping and trading center and is currently still a bustling commercial centre with its large open-air markets and some supermarkets. Singaraja has evolved to the intellectual center of the North and the northerners they regard education has long been the road to development and modernisation. The modern Indonesia literature is here shot and has two universities. It counts a population of 200,000 inhabitants distributed among Balinese, Chinese, Javanese and Arabs. Well worth seeing is the port which, however, was destroyed in the early 1990s (20th century) but there are still some warehouses and weathered buildings from the VOC period. The independence monument ' Winfridah Mandala Tama ', which reminds to the fight against the Dutch 1945 to 1949, is very striking present. 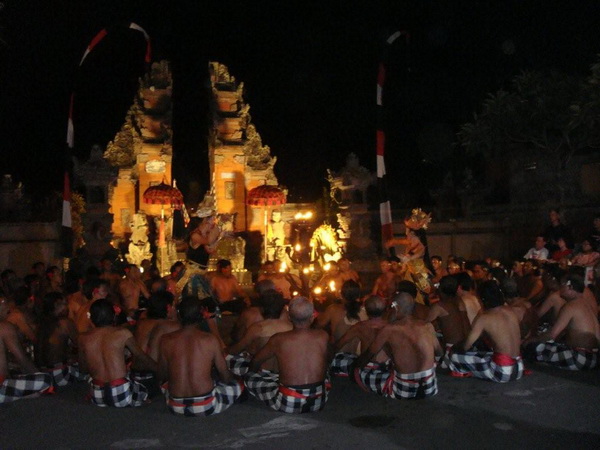 Near the Chinese Ling Gwan Kiong Buddhist temple which dates back to 1873, there are the murals of gods mythological figures on display.

A few blocks away is the historic library market stalls at Gedong Kirtya. Partly to compensate for the reduction founded the Dutch in 1928 a collection of old books and Balinese manuscripts. Further one finds here belong to the historic ornaments that Balinese culture.

From Singaraja to the 40 metres high in the South makes Gitgit waterfall - Air Terjun Gitgit-wel impression and finds herself in a deep basin, where the swimming is fine. The guide brings you possibly also higher up to a number of waterfalls.

West of Singaraja is half a dozen dorpe, n which together to ' belong ' Lovina. In this series of fishing villages such as Tukad Mungga, Anturan, Kalibukbuk, kaliasem, which extend into the mountains, plays most activity took place in the Central Kalibukbuk. The main State, dressed up by hotels, dive schools, shops and restaurants, runs out on a beautiful shallow Bay. Cozy restaurants and ' warungs ' put you in seduction by a not to mention to offer diversity from the Oriental kitchen. Also the western dishes, by the South with us, let the tasters sight feel at home. Restaurant honos "C" has both Indonesian and European cuisine on the menu. On the streets or along the coast you often see a ' bakso ', a restaurant on two wheels ...

For more exclusivity is located on the hills of Lovina a special hotel "The Damai" with a gourmet restaurant that meet the highest requirements and a wellness centre where courses are taught meditation and yoga. At sunset, sunk deep in a large pouf at the pool, staring at the mirror flames of a lit fire, at a pre-dinner drink, let your musing on this paradise island. Book well in advance (0362 41008) and you will be picked up free for a romantic dinner or for a champagne breakfast on Sunday... 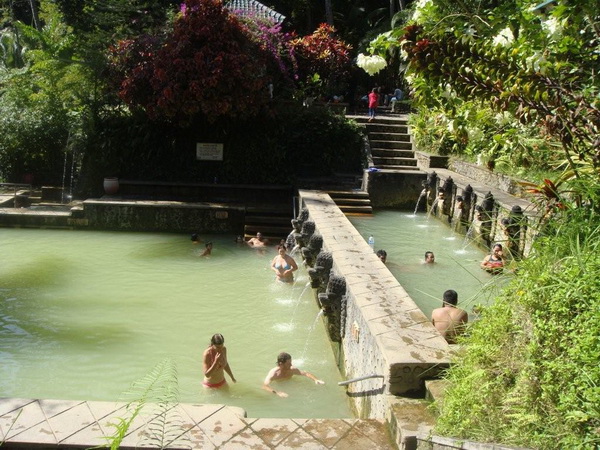 On the beach of Lovina are the vlerk proas there not only docked and ready to go fishing but also to the morning sunrise to spot the dolphins , because then it is dinner time. A dozen boats loaded with early birds and their cameras in the attack, leaving around 6 pm direction East, to the first rays of sunlight to the kim on the retina to let burn.

A few kilometres further West, in the direction of Siririt, is the Brahma Vihara Arama, a must for a phenomenal views across the coast of Banjar and beyond. These Thai Theravada Buddhist temple valt very bright orange colored on by a roof and was founded by a Balinese monk in 1958. In april and september is the temple closed for a dozen days meditation sessions.

During a short drop to the coast indicate the hand hands hot springs of Banjar to Komala Tirta in Air Panas. This is but a stone's throw from Villa Saffron come from. The warm water flows to three basins in which both local people and visitors can relax and get a massage ' free ' by under the upper gargoyles swimming. There are changing rooms, toilets, a restaurant not to mention the souvenir shops left and right ... where you must quickly through it... 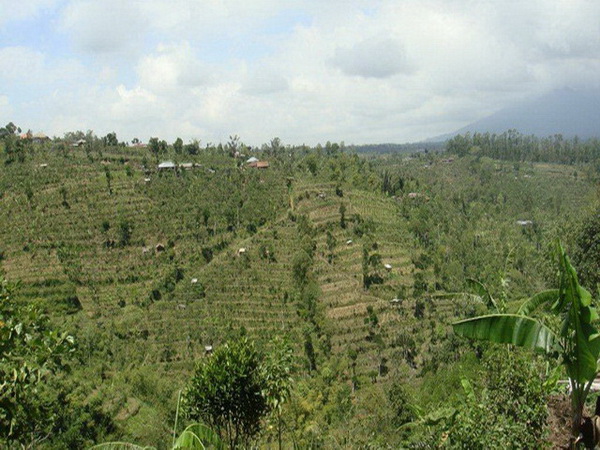 A trip for the water lovers.Even more westward and an hour from the coast, Lovina is a 10 kmbuiten the desert Deer Island "Pulau Menjangan" that belongs to the West Bali National Park. The beaches here are quiet and by its coral reefs one of the best dive sites in Bali. From Labuhan Lalang, where one can rent snorkelling and diving equipment, also several dive-and snorkel excursions. Walks to the National Park there are for those who want to stay on dry land. Bookings from the hotel or in Pemuteran. 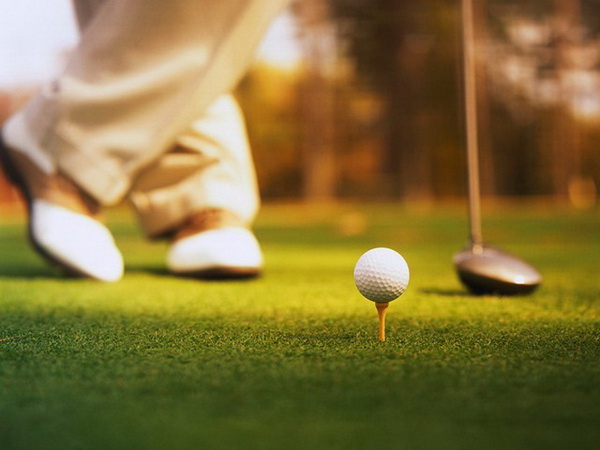 To the South, a half an hour past the Git-Gitgit waterfalls the road goes over the crest of one of the three ancient volcanoes in the Danau bratan. Colder temperatures are in the Bedugulgebied extremely suitable for fruit, vegetables and flower nurseries. Market vendors will seduce you with their products, such as the delicious strawberries. But also to the golf lovers have not been forgotten, as there is a spectacular golf course laid out in the Bali Handara Kosaido Country Club.

One by one behind each other, you will find direction Munduk, an ancient settlement (19e century) of coffee, vanilla and clove plantations and one can from the volcano crater Lakes of edges the Danau Buyan and Danau Tamblingan overlook. Day trips are definitely recommended!

For the lovers of culture is to the East on the main ' moeder' Bali-Temple Pura Besakih open daily. Because of many commercial purposes, annoying sellers and intrusiveness of the ' official ' guides, the opinion varied whether the temple is worth a visit. The island offers besides hundreds of other temples to visit worthy. Away, however, the colossal cone of Gunung Agung, 3142 metres high, a still Active volcano which is to visit and also at the top.

Bali has a lot more to offer sightseeing and trips and our guide let you free in an enlarged choice if you at least want to deviate from a passive vacation.  Enjoy it!